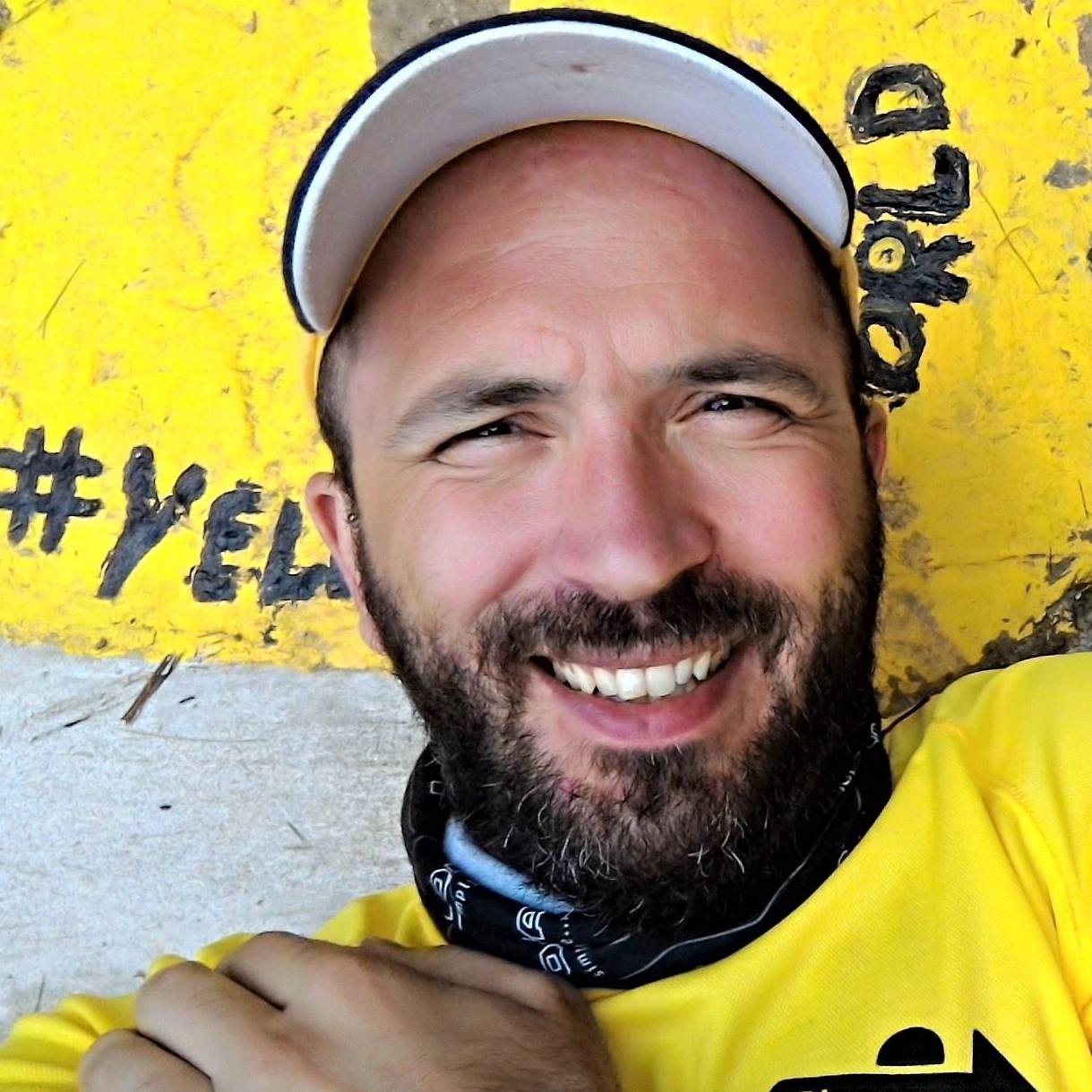 From limit to potential: changing the perception of disability is one trek away

By The Coaching Heads 20 September 2019 No Comments

Dario Sorgato was born in Italy in 1978. At the age of 16 he was diagnosed with Usher Syndrome, a rare degenerative disease that leads to deafblindness.

After graduation he undertook several travels, seeking for new challenges and determined not to be stopped by sensory limitations. In 2004, he spent one year in Australia and New Zealand, in 2007 he completed the Camino de Santiago. In 2008 he joined the crew of the Research Vessel Heraclitus and sailed for nearly two years from Cape Town to Havana, first crossing the South Atlantic Ocean and then navigating along the coast of Brazil and the island of Caribbean Sea.

He collected his adventures and emotions in the books “One Year in Eight Hours”, “Slow Time” and “Water. A journey”, promoted and distributed in several Italian cities with readings shows.

In 2011 he founded NoisyVision, a Non-Profit Organization to raise awareness about sensory disabilities and promote activities for people with visual and/or hearing impairments.

With NoisyVision he organized workshops and outdoor activities all over Europe, mostly related to mountain trekking. The awareness campaign #YellowTheWorld, launched in Helsinki in 2014, became the motivation to reach Everest Base Camp, Mount Etna central craters, Icelandic volcanoes.

In the last 3 years he accompanied visually impaired people from all over Europe on a 7 days hike from Bologna to Florence. The latest accomplished project is a sailing trip from Naples to Elba Island.

What is your idea of happiness?

To be satisfied with what I have, what I can do, who I am and the people around me.

What does success mean to you?

To spend my time doing what I am passionate about and to feel I am doing something valuable to other people and to the planet.

What are the skills that your colleagues particularly admire in you?

Why do you think your idea is successful?

Because it is really changing the perception of disability from limit to potential. After recent projects I was told by several people that in our groups you feel like a person and not like a disabled who needs help. For example the trekking we do with blind or visually impaired people is an opportunity to perceive nature in a deeper way, to discover details and feelings which are not necessarily coming trough the eyes.

If you looked back, what would you have done differently?

It is still too early to look back since we are still a very young organization and looking rather to the future. Nevertheless we should try to find a clearer focus for our activities and efforts. Although our mission is clear, it is still not very clear how we want to achieve it.

What was your biggest failure and what did you learn from it?

Once I tried to auction a sweaty t-shirt after a one week trek. I stood barechest on a chair in front of an audience and started the auction from 1 euro. I went home with that same t-shirt as no one wanted it.
Jokes aside, I think that I am still not good enough at fundraising. The end goal of the fundraising should always be very clear and what exactly I will do with the collected donations.

What was your biggest achievement and what did you learn from it?

The first edition of the trekking from Bologna to Florence was an incredible success. We made a movie out of it and thanks to this movie we were able to attract other organizations and transform this experience in a format which is now at its 5th edition. This was definitely linked to the right communication and the connection with other institutions and organizations.

What motivated you to go through tough times?

What advice would you give to someone starting a new business?

An NGO is not exactly a business, although I sometimes look at it as such. However it might sound obvious but the only way to succeed is to do something you are passionate about and that fits to your personality. The business one starts should be an extension of one’s self.

How has coaching helped you to reach your goals?

Coahing helped to clarify the goals, to fragment them into small steps, actions I could take as of tomorrow. You might need to have a clear final goal, but a coach can help you identify the ones in between.

How did you manage to turn your passion into your mission?

Working working and working. Day and night, very hard.
There is just no other way that working hard, without fearing failure.
I put my face out there in the internet and in all of the activities, trying not to fear judgement. I am a fan of the “better done, than perfect” as this allows you to try out more options.

The Coaching Heads are committed to have a positive impact, that’s why we offer particularly discounted rates to NGOs and social businesses. Contact us to know more!