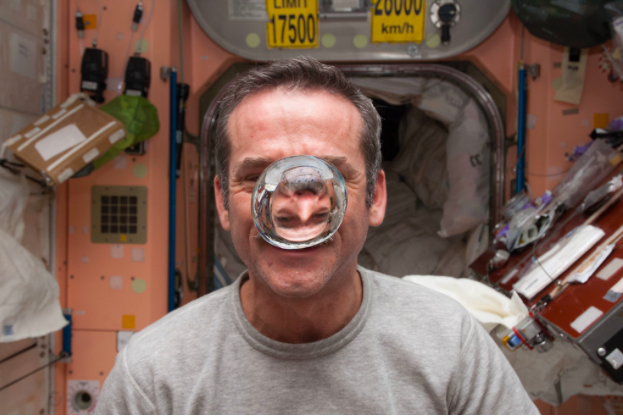 1 – The trip takes a lifetime

“Competence means keeping your head in a crisis, sticking with a task even if it seems hopeless, and improvising good solutions to tough problems when every second counts. It encompasses ingenuity, determination and being prepared for anything.”

Colonel Chris Hadfield spent decades training as an astronaut and has logged nearly 4000 hours in space. During this time he broke into a Space Station with a Swiss army knife, disposed of a live snake while piloting a plane, and was temporarily blinded while clinging to the exterior of an orbiting spacecraft. The secret to Hadfield’s success and survival is an unconventional philosophy he learned at NASA: prepare for the worst and enjoy every moment of it.

He gives us a truly impressive lesson, the demonstration that in order to achieve a professional goal we need great motivation, a momentum, a vision and that nothing is given to us, but success is the result of small efforts repeated indefinitely. Sacrifices and Herculean efforts, in order to rise from the competition, always with respect for others and with a continuous mental set-up programmed to identify positive aspects and problem solving, while systematically cultivating a growth and learning mindset.

Little Chris is nine years old and he is watching the first people walking on the moon on TV. He immediately realizes that his dream is to become an astronaut, even if his family has no clue or background on this type of career… They are simple farmers from Ontario. Also, Canada has no astronauts, so how can he become one?

But Chris does not lose focus, and he begins to think just like he is destined to become an astronaut, a very significant move for such a young boy, if we consider that creating a similar momentum is difficult even for mature professionals who want to visualize a goal.

So what happens next is that, since astronauts obviously excel at school, Chris focuses primarily on school results. He learns to fly, because this is what astronauts do, he becomes a fighter tester and eventually he received a call by NASA, where he continues his training until the moment he has been waiting for his whole life finally arrives: the Canadian government announces that they are looking for aspiring astronauts.

“Ultimately, I don’t determine whether I arrive at the desired professional destination.

Too many variables are out of my control. There is really just one thing I can control: my attitude during the journey, which is what keeps me feeling steady and stable, and what keeps my head right.”

Such an important goal is achieved, the dream comes true, finally what was once considered unthinkable suddenly becomes reality. However, quoting a famous football coach’s interview, “after the game is before the game”.

Hadfield must prepare his application to be admitted to the aerospace academy, and again finds himself at a starting point. Hundreds and hundreds of applications hit the Canadian government, a tight screening is expected and after the first selections there are still 500 potential applications to be scrutinized. Even in this situation Hadfield does not lose heart and gives us a lesson of great determination and modesty. He is not scared of the competition, but is focused on his goal, he prepares himself for the endless aptitude tests and interviews with extreme discipline and determination, until the day when, after months and months of selections, he receives a short phone call: “Yes, it is you we want, join us and become an astronaut for the Canadian government.”

Throughout the biographical account of his experiences and impressive career we identify patterns and teachings that we treasure.

3 – The last people in the world

“Early success is a terrible teacher. You are essentially being rewarded for a lack of preparation, so when you find yourself in a situation you must prepare, you can’t do it. You don’t know how!  […] If you start thinking that only your biggest and shiniest moments count, you’re setting yourself up to feel like a failure all the time. Personally, I’d rather feel good most of the time, so to me everything counts: the small moments, the medium ones, the successes that make the papers and also the ones that nobody knows about me. “

And learning means questioning yourself, letting your guard down, proactively asking for feedback, trying, failing, trying again, failing again, trying again, and finally succeeding. Without ever letting yourself down, but with the awareness that the feedback and teachings we receive from others are vitally important to aim for excellence and perfection.

4 – The power of negative thinking

“In my experience, fear comes from not knowing what to expect and not feeling you have any control over what’s about to happen. When you feel helpless, you’re far more afraid than you would be if you knew the facts. If you are not sure what to be alarmed about, everything is alarming  […] Anticipating problems and figuring out how to solve them is actually the opposite of worrying: it’s productive.”

We have highlighted some of the teachings we could use to steer our professional lives, which are not always as bright as the one of an astronaut, but certainly equally meaningful and worthy of being experienced to the fullest!

5 – Climb down the ladder

“…If you are striving for excellence – whether it’s playing the guitar or flying a jet – there is no such thing as over-preparation. It’s your best chance of improving your  odds. […]

In any field it’s a plus if you view criticism as potentially helpful advice rather than as a personal attack. But for an astronaut, depersonalizing criticism is a basic survival skill. If you bristled every time you heard something negative – or stubbornly tuned out the feedback – you’d be toast”

In this TED Talk, Hadfield talks about facing your fears, going completely blind and the impossible dreams of that nine-year-old boy. Enjoy!

Regardless of whether you want to become an astronaut or make a rather earthy dream come true, The Coaching Heads help you with tailor-made coaching and mentoring programs.

An astronaut’s guide to life on earth – is a book by Chris Hadfield – Little, Brown and Company Edition – 2013